Wherever you go in Bali you will always find the Swastika symbol, then Balinese people will greet others by saying Om Swastiastu, you will easily find black and white squared fabric in big trees or statues, you will also see people put Bija or rice grain after praying as well as Balinese man who wear Udeng or headband. These are only simple messages that have very deep meaning for Balinese. Check out on our today’s blog in order to know what the meaning behind those messages. 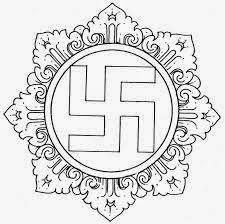 The word Swastika is also found in the very ancient Rig Wedha; that is Swastime Indra. It means "may God Indra give us prosperity". Swastika is the etymologically derived from the words "su" and "asti"; su means well, welfare; asti means to be or being. The suffix "ka" is used to form a noun. So, Swastika implies "in the state of happiness, peace, welfare". It is a symbol of good fortune.

Hindu people in Bali can enhance their belief in the Almighty by using the Swastika symbol. It is the symbol of Brahman as the source of everything who gives us spiritual and physical peace or welfare. Therefore, in Bali when Hindu people have religious ceremony one often finds this sign painted on the baskets, trays or other accessories used for that purpose. People also have this symbol painted on the buildings or temples. Sometimes, it is also used as tattoo. 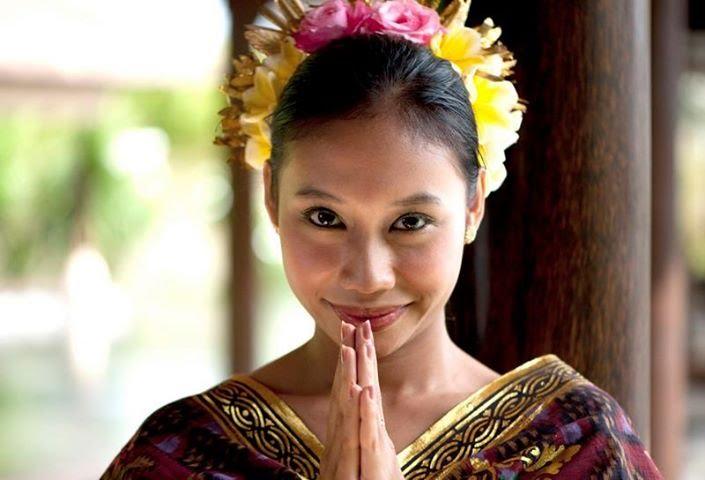 Balinese Greetings which is Om Swastiastu is also derived from Swastika. It is preceded by the most sacred Hindu mantra OM. The word OM represents the power that creates, preserves, and destroys the world (or Trinity, Brahman). Om Swastiastu means "may the prosperity and peace go with you". 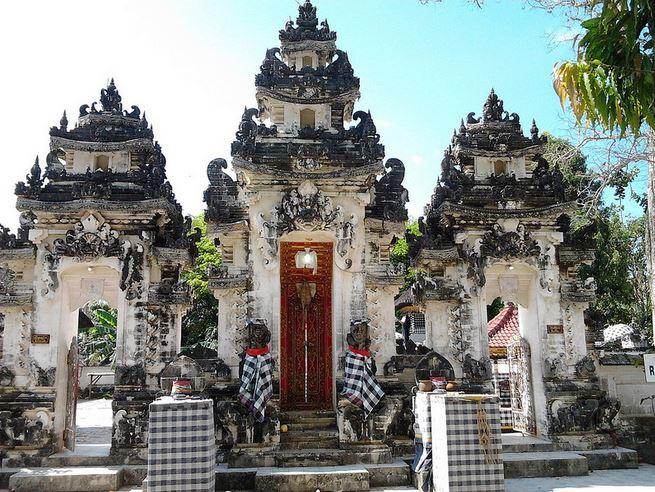 Black and white squared fabric (local people called Saput Poleng) is normally found in front of Balinese house, statues, temples or on trees’ trunk. According to Balinese culture, the black and white fabric is a symbol of "Rwa Bhineda" that refers to the differences that set the balance of the universe. The black color of fabric has a meaning of dark, and the white color has a meaning of light. Basically, it means there is always the right and wrong, happy and sad, clean and dirty side. Then, in order to live in harmony, these contrasting dualities need to balance by humans. 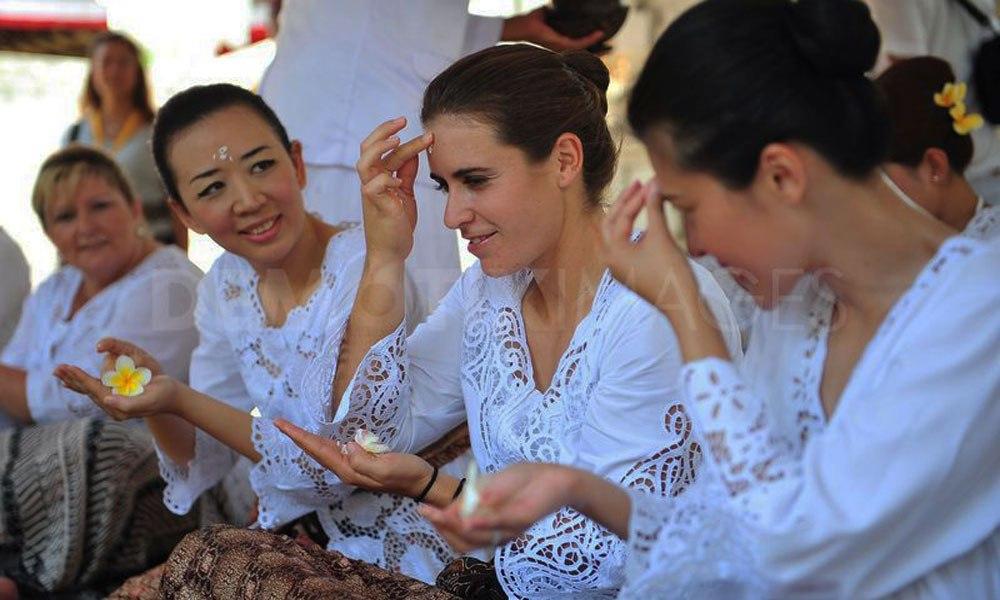 After Hindu people in Bali do their praying, the holy man will give blessed water and rice grain called Bija or Wija. It is washed with holy water and Hindu people will put Bija in 3 places; when they put Bija on their forehead (between two eyebrows) it is believed to give wisdom rays to the person, then they will put Bija on the neck or throat, it is symbolized as happiness. The last one, they will swallow the rice grain, it has meaning of obtaining the prosperity of life. 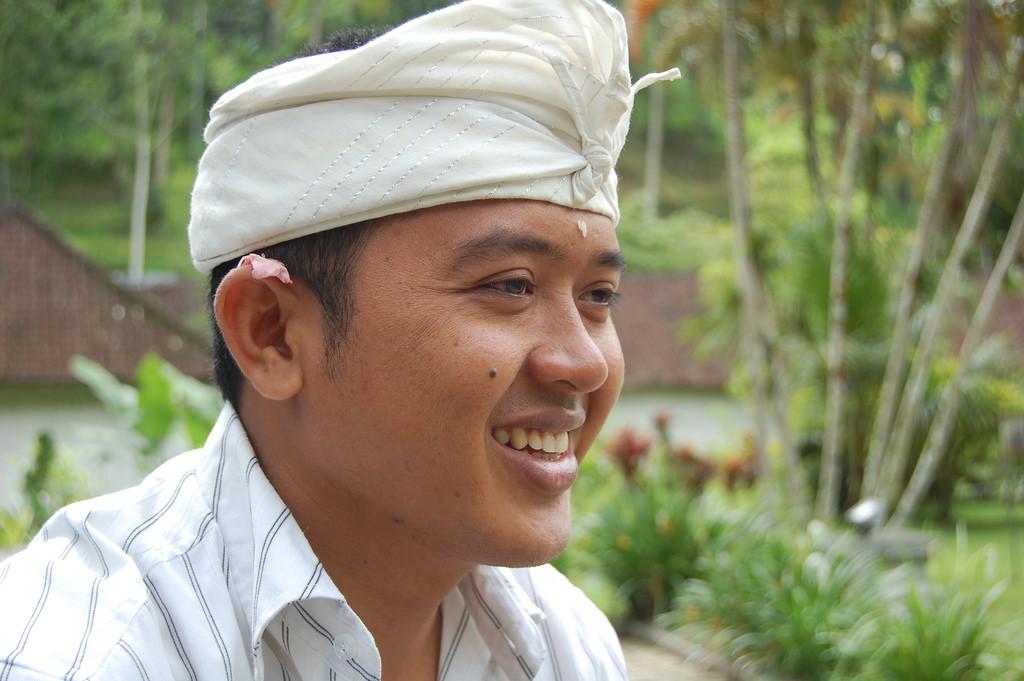 Udeng or headband plays an important thing for Balinese men when they are praying. If we see in details from the shape of Udeng, then we will see the sharp on the right side is higher than the left side. Similarly, Balinese man who wears Udeng it is symbolized as a man who always has positive thinking as well as do good things. Balinese men should wear Udeng with white color when they go to the temple because white color is a symbol of pure mind.

Category : Art & Culture, Before You Go, Other  Author :kura2travel

The Balinese Home and Way of Life

The origin of Rice Cultivation in Bali
Blog Top